HOW IT ALL STARTED 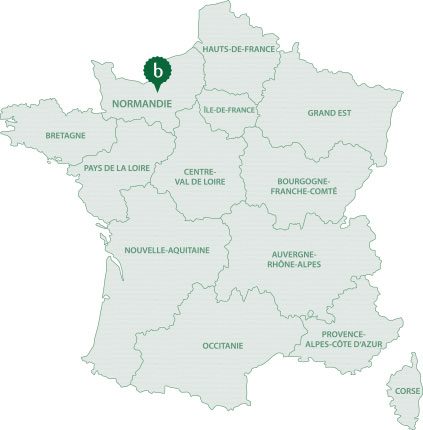 The story of the now famous Boursin Cheese started with one man, François Boursin. In 1957, this young Normandy cheesemaker opened a cheese factory in Croisy-sur-Eure, a small community nestled in northern France.

François worked quietly for years trying to perfect his signature cheese. However, in 1961 a French newspaper mistakenly reported the launch of Boursin infused with garlic, and the public loved the idea. The problem was that François had no such recipe in the works, but he quickly got to work to meet the public’s demand. For two years, he worked on his own original recipe inspired by fromage frais, a traditional party dish that blends garlic, fresh cream, soft cheese, herbs, salt and pepper.

Finally, in 1963, François was satisfied with his authentic Gournay cheese and garlic creation, and he introduced it to the world. Boursin Garlic & Fine Herbs Cheese was served at celebrations and gatherings throughout France, and it quickly became a household name.

To reach even more cheese-craving people, François decided to make history again by being the first cheese to be featured in a national TV ad campaign. The first commercial featured famous French comedian Jacques Duby, cast as an insomniac tormented by an irresistible craving for Boursin. Waking in the middle of the night, he rushes to the fridge in his pajamas chanting “Du Boursin” eighteen times. This first “Boursinophile” spawned many imitators.

In 1972, the second major campaign launched by Boursin featured the famous slogan, “Bread, wine, Boursin” (Du Pain, du vin, du Boursin). Still today, this slogan is considered a stroke of genius due to its spirted appeal to multiple generations. Over fifty years after François first created his creamy and crumbly cheese, Boursin continues to be a part of social occasions and friendly gatherings. It has transformed the fresh cheese-spread market in more than 35 countries on five different continents. Boursin® is one of the most popular brands manufactured by Bel Brands USA Inc., a subsidiary of Fromageries Bel. A family-owned cheese maker headquartered in Paris, France, Fromageries Bel produces more than 30 local and international cheese brands that are sold in more than 130 countries around the globe. Other USA favorites include Mini Babybel®, The Laughing Cow® and popular cheese spreads marketed under Kaukauna®, Merkts® and Price*s® labels. Bel Brands delivers fun, healthy snack portions to over 400 million consumers globally.

Please wait while you are redirected to the right page...